The following is a simplified model of human behavior:

A man has desires and rules. All rules of a person together may be called a “law”. The desires together are probably called “heart” in Bible.

Sometimes a person accomplishes what he or she wants and enjoys. Sometimes the desires come into a contradiction with each other or with the law. In this case a man is dissatisfied.

Whether a man succeeds whatever way you define success in life greatly depends on his desires and his law.

Sometimes a man has luck and sometimes doesn’t. Some extreme cases of unsuccess are death, becoming a disabled person, being putting into a mental hospital.

Whether a person succeeds also greatly depend on whether his law is accomplishable for him. If the law is not accomplishable he necessarily falls into unsuccess. This may be a suicide, depression, or fall into some other nonsense like attempt to gain as much paper with digits and he can.

The above is apparently not a new philosophy but well known facts. I think nearly everybody known this.

But there is an important element of the life of a person, his relations with heavens and with God in particular.

Every man on the Earth sins.

If a person lives accordingly to a law, he is under the wrath of God because he is a sinner: (Rom. 4:15) “Because the law works wrath: for where no law is, there is no transgression.” Wrath of God implies unsuccess.

So where is no law there is no transgression. This means that we are not punished by God even if we sin. When there is no law, the court is ciphered, it is impossible to tell if a deed to be punished or not.

When there is no law we also cannot judge others. This eliminates many conflicts. On the contrary, when we live accordingly to a law, we judge others because they cannot fit into our law. This is very important thing, because when we are in a conflict we cannot work effectively, even if each side alone is effective.

For these reasons we should stop our attempt to cease to sin what we cannot do now, but instead focus on eliminating wrath of God in our life. The only way to eliminate the wrath is thus to eliminate the law.

Now the new thing, which neither atheists nor we didn’t know before:

Read the most important message here!!!

I think Gospel was the very last covenant with God. There will be no new covenant and we will never again fall into the wrath of God.

One thought on “A model of human behavior” 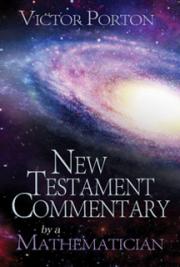